Positive start for Altogo Racing Team that leaves the Motorland of Aragòn with Kevin Manfredi leading the WorldSSP Challenge. The team and the rider holding the "European title" have reconfirmed their leadership coming second in Race 1 and first in Race 2. Two excellent results that confirm the competitiveness of the bike-rider package, but that highlight the margin of improvement on which to focus. In Friday's free practice of the first round of the Supersport FIM World Championship 2021, Kevin Manfredi set the 16th fastest time of 1'56.264, resulting the fastest of the WorldSSP Challenge contenders over the two free practice sessions.

"First positive day on a 'hostile' track and where we did not test. We went well, getting to 1 second and 2 tenths from the first is much better than the 2 seconds and 3 tenths gap of last year. We want to improve further to get closer to the top five, which is what we are aiming for this year. It is good to be first in the WorldSSP Challenge with a big gap to second. In the heat I was one of the few to improve and that is very important. Not having done the tests on this circuit we missed something". Kevin Manfredi.

1'55.000 is the time with which Kevin Manfredi qualified for the Superpole. Starting from the seventeenth box of the grid, the piota led a decent race, fighting until the end. 13th at the finish line in the general classification, he conquered the 2nd place in the European category with a negligible gap of 40 thousandths: 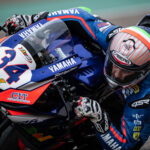 "A decent race, we could definitely have achieved more, but we didn't manage to take the WorldSSP Challenge victory we were expecting. We have always been the fastest since free practice. In the race we finished second by 40 thousandths. We believe we can be much further ahead even if it's a good 13th place in the world championship and compared to last year, in this circuit we reduced the gap from the firsts by about 15 seconds". Kevin Manfredi.

After the second place in the WorldSSP Challenge obtained in Saturday's race, in Race 2 Kevin Manfredi had to deal with the rain. The WarmUp did not give the hoped for feedback as the driver of Giovanni Altomonte and Marco Lavatelli's team crashed in the first lap, losing the 15 minutes available to frame the track conditions. The choice of tyres was a difficult one, but a winning one as the race saw the intermediate tyres come out on top. He got off to a good start and avoided a crash in the middle of the pack on the first lap to move into the top ten. Avoiding unnecessary risks, Manfredi has increased its pace and only a few laps from the end has given the break decisive to win the 12th place overall, but the first in the category of which is the leader with equal points: 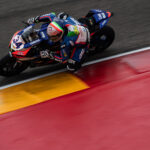 "Positive Race 2 even if in very difficult conditions. We made the right choice of tyres, but we lacked a bit of experience. We didn't take unnecessary risks and I preferred to bring home a result rather than do any damage. After the crash this morning I was a bit sore, but I gritted my teeth. Not doing the warm-up in wet conditions didn't give us any reference points. We didn't know what this circuit was like in the rain. We have conquered the maximum, an excellent victory in the 'European' of which we are leader of the standings and we go to Estoril, where we must work even more compactly trying to make further progress". Kevin Manfredi. 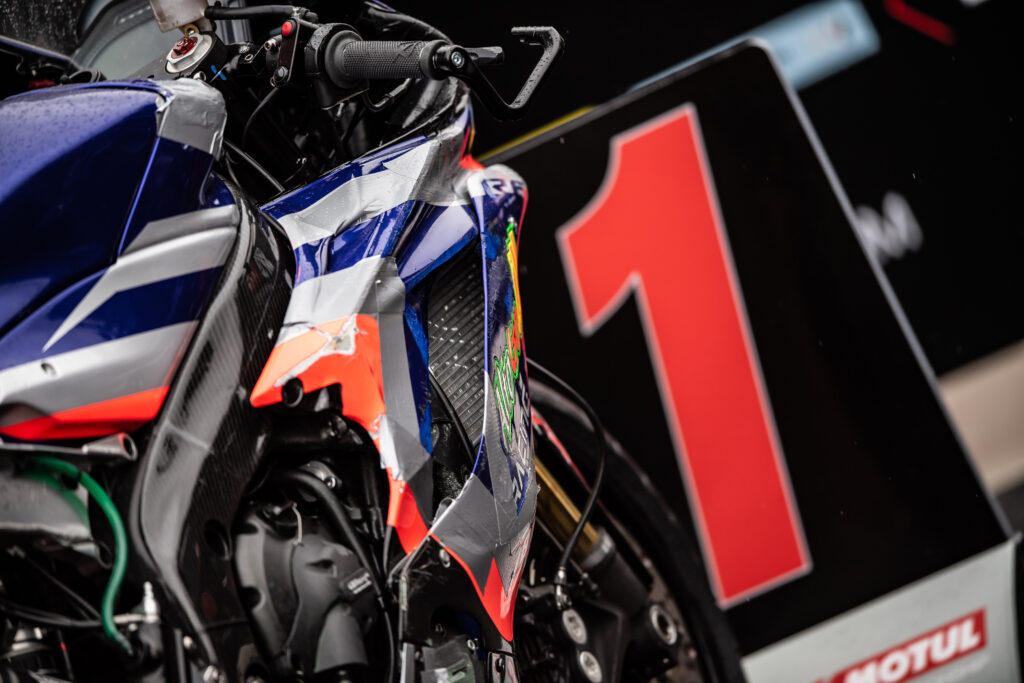